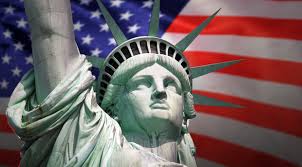 The spousal relationship is one of the most common and easiest ways to immigrate to the U.S. Spouses of U.S. citizens are considered immediate relatives and there are no quotas on the amount of visas in this category. As a result, the spouse will have an immediately available visa number.

If the non-citizen spouse is in the U.S. pursuant to a lawful admission, the spouse may file for an immigrant visa and permanent residence simultaneously.  Upon applying for the visa petition and adjustment of status to permanent residence, the spouse may obtain work authorization, and, in certain circumstances, travel permission. As long as the spouse made a lawful entry into the U.S., the spouse will be forgiven for most other “status-related” immigration violations such as work without authorization and overstaying a period of authorized stay.

Marriages entered into while in removal proceedings:

There is a presumption of fraud if a marriage is entered into while the foreign spouse is in removal proceedings. Such marriages are subjected to strict scrutiny by USCIS and the married couple must submit extensive evidence to demonstrate that the marriage is, indeed, valid.

The Connell Immigration Law Group, LLC Is a New Jersey Based Law firm highly experienced in providing advice and representation in applying for green cards based upon sponsorship through marriage, parents adult children and sibling relationships

In order to obtain a fiancé(e) visa a U.S. Citizen may file a petition with United States Citizenship and Immigration Service (USCIS) and must demonstrate:

After the petition has been approved, the fiancé(e) has 4 months from the time the petition was approved to obtain the K-1 Visa at the U.S. Consulate in the foreign country.

Often, the process of immigrating based on a marriage to a U.S. Citizen spouse can take quite some time. In an effort to shorten the process of family unification, USCIS will grant a K-3 and K-4 visa. The spouse and children of a U.S. citizen may be admitted to the U.S. as K-3 and K-4 nonimmigrants to complete their process for permanent residence.

To be eligible for a K-3 nonimmigrant visa, the individual must meet the following requirements:

K-4 nonimmigrants are derivative beneficiaries of the K-3 nonimmigrant. To be eligible for the K-4, the applicant must be unmarried, under 21 years of age, and be the child of the principle K-3 visa applicant or holder.

What happens after the K-3 or K-4 enters the United States?

Once in the U.S., the K-3 or K-4 nonimmigrant must file the application to adjust status to lawful permanent residence. These applications are submitted once the I-130 visa petitions have been approved by USCIS. Once a nonimmigrant has been granted a K-3 or K-4 visa, the individual may travel outside the U.S. and be readmitted with a valid K visa.

To be eligible to apply for lawful permanent residence as a special immigrant juvenile, the applicant must: be under 21; unmarried; and, have been declared a ward of a U.S. court, eligible for long-term foster care or have been placed in the custody of a state agency. There must also be a determination, reached through administrative or judicial proceedings that it would not be in the child’s best interests to be returned to their home country. The decision reached by a court regarding the child is final and binding on the USCIS.

Special immigrant juveniles are forgiven for many of the grounds of inadmissibility that otherwise apply to immigrants including:

A child who receives permanent residency through the special juvenile immigrant category cannot petition for residency for their natural or adoptive parents.

What is a priority date?

The priority date is the date on which the immigrant visa petition (I-130) is accepted for processing by USCIS. Immigrant visas are then issued in chronological order in each of the preference categories based on priority dates.

If I apply for my family member, can his or her immediate family also immigrate with him or her?

Choose a location to review

See all Reviews
Review Us