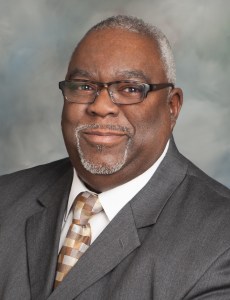 I am the founder of the Connell Immigration Law Group and the senior immigration attorney for the firm. I pride myself on keeping families together by providing my clients with candid, efficient, and highly professional legal services. Being the son of immigrant parents, I am a first generation American whose parents came to the U.S. from Barbados and the Dominican Republic. I was raised to believe that America represents the crossroads where work, faith and persistence come together to yield success and make the American dream a reality.

In my firm, I do extensive work in preparing family based petitions, adjustment of status applications, consular processing, removal of conditions on residence petitions, citizenship applications, fiancee(e) visas, immigration waivers, as well a petitions for victims abused by spouses who are U.S. citizens and permanent residents.

My experience as an ordained minister and board certified psychotherapist has have given me some unique perspectives and sensitivities regarding the psychological as well as legal effects of navigating this complex and often confusing immigration system. I have learned that no two Immigration stories are alike and the importance of taking the time to understand each of my clients immigration story and their needs.

I graduated from the City University School of Law In New York. I also have earned a doctoral degree in psychology and I'm an ordained minister with over 30 years of experience in ministry.

With my over 25 years of legal experience, I have taught numerous classes in various venue and discussed immigration issues on television and radio programs and talk shows. I have spoken in the areas of uniting foreign national families using the immigration system, religious worker based immigration and immigration waivers of inadmissibility. I also routinely consult with other immigration and criminal defense attorney and clients on the the immigration consequences please in municipal and criminal court. I have lectured at several universities on immigration law at both undergraduate and graduate levels. I've also been an invited presenter at numerous seminars and conferences at large companies, churches and other religious organizations on topics of immigration regulatory compliance for employers.